California Air Resources Board (CARB) released third quarter consumption data for the Low Carbon Fuel Standard (LCFS) this afternoon.  Third quarter credit output was three percent over second quarter production and 35 percent above the third quarter of 2018.There were 3.78 million credits produced in the third Quarter, which surpassed CARB’s forecast of 3.67 million. 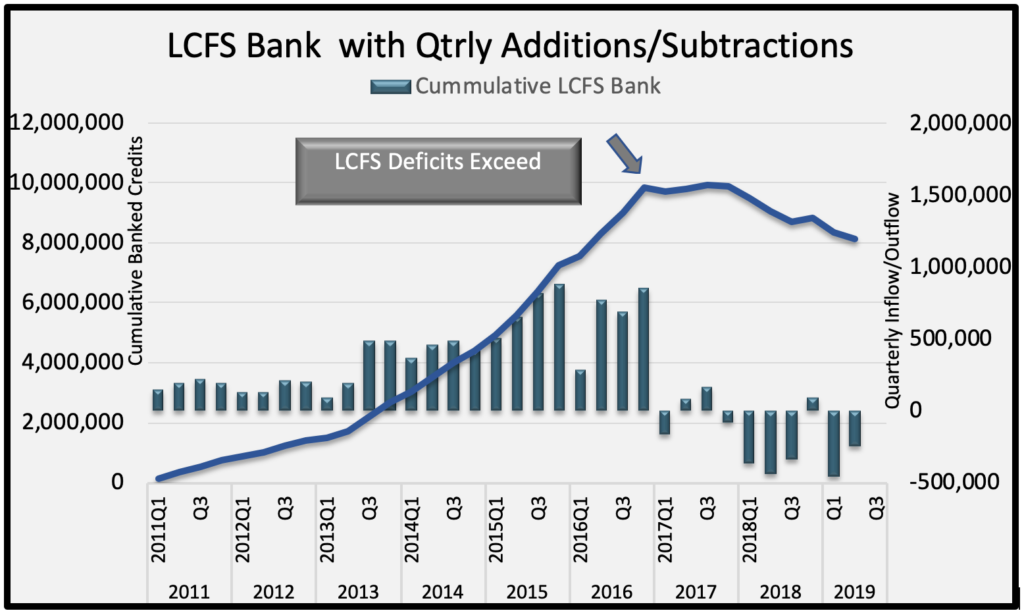 Biodiesel and renewable diesel both failed to meet program expectations during the third quarter.  Biodiesel volume of 57.4 million gallons was below CARBs forecast of 68.75 million but above The Jacobsen’s expectation of 54 million.  Renewable diesel consumption totaled 133.2 million gallons, falling short of CARB’s 137.5 million estimate and below The Jacobsen’s 151.4 million.

Renewable diesel and biodiesel generated 1.57 million credits in the third quarter.  This missed both CARB and The Jacobsen’s expectation of 1.66 million.

The strongest performing credit generators of the third quarter were:

Through the first three quarters of 2019 the strongest credit performers are:

The US court of Appeals for the 10th Circuit on January 24 vacated three SREs granted by the Environmental Protection Agency (EPA) in 2017.  According to the ruling, EPA overstepped its authority by granting waivers to refineries that had not received such waivers in the prior year.

The Court states that the amended Clean Air Act allows the “EPA to grant an “extension” of the small refinery exemption – not a stand-alone “exemption”-in response to a convincing petition. The statue limits exemptions to situations involving ‘extensions,” with the goal of forcing the market to accept escalating amounts of renewable fuels over time. Once a small refinery figures out how to put itself in a position of annual compliance, that refinery is no longer a candidate for extending its exemption. 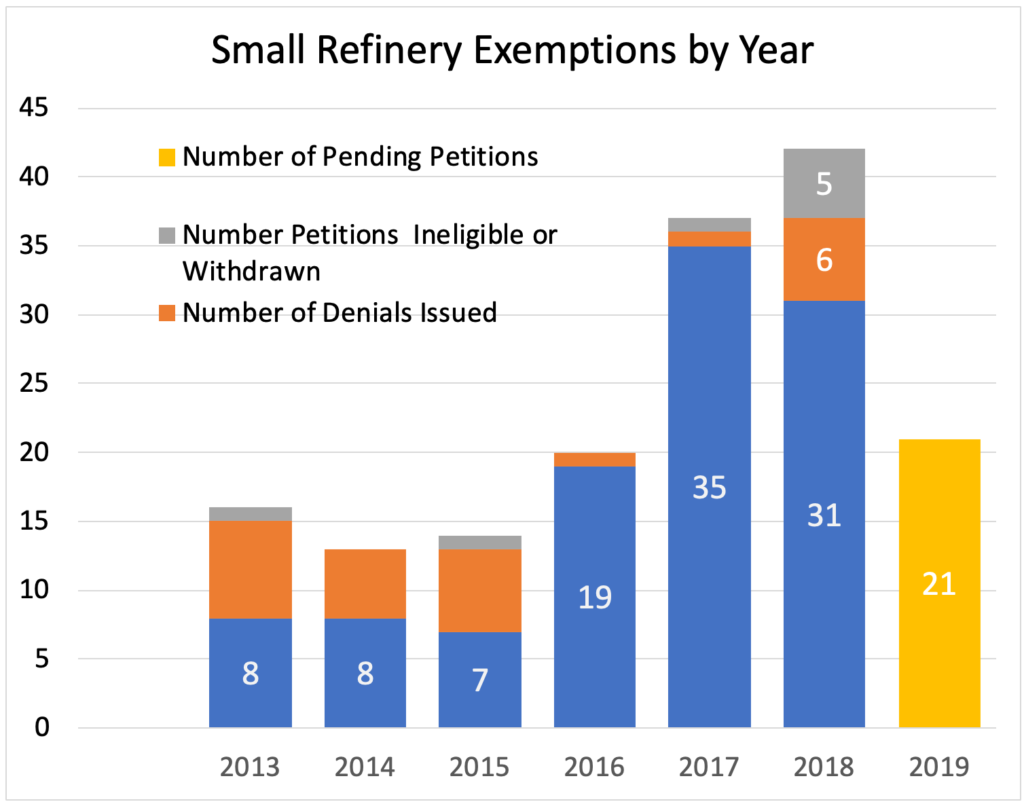 According to EPA data (see chart below) eight SREs were granted in 2013 and 2014.  In 2015 there were only seven SREs granted.  This means that the exemptions granted in 2016 through 2018 should have been limited to seven.

According to the Court, the number of exemptions “should have tapered down from 2013 forward, because the only small refineries from this group which continued to be eligible for extensions were ones that submitted meritorious hardship petitions each year.” EPA “from 2016-forward has opened up a gaping and ever-widening hole in the statute.”

The Court ruling will likely be challenged, but if upheld, there would be large amounts of prior obligations that would become due with very limited waiver exposure in future years.