Soybean oil exports have been much stronger than expected during the 2019/20 marketing year. Many analysts (including The Jacobsen), believed that rising biofuel output would drive domestic basis levels higher, which would limit U.S. soybean oil exports. As a result, predictions of marketing-year exports were generally below the 1.94 billion pounds shipped last year. However, with about half of the marketing year gone, forecasts have risen above that level, but they may continue to grow in the coming months. 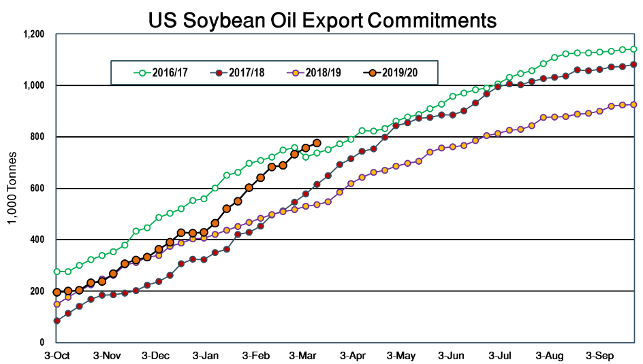 Export commitments for U.S. soybean oil totaled 776,200 tonnes (1.71 billion pounds), which is 45 percent above the same week last year and the highest level since at least 2016/17 when the United States exported 2.55 billion pounds of soybean oil. Whether exports in 2019/20 remain above 2016/17 for the rest of the marketing year and exceed the 2.55 billion pounds shipped will depend on developments in the energy industry and how quickly the U.S. economy recovers from the coronavirus pandemic. That said, it seems unlikely that U.S. shipments will rise above the 2016/17 total this year.

The pandemic is the most obvious reason soybean oil exports are unlikely to exceed the 2016/17 total. With the world economy grinding to a halt, demand for vegetable oil, in the short term, will be substantially lower than it was just a month ago. However, even if the drop in economic activity is not as dire as many analysts expect, soybean oil exports are likely to remain below 2016/17.

The best-case scenario for soybean oil exports would be a recovery in world demand while usage in biofuel remains weak. With tensions between Saudi Arabia and Russia continuing for at least the short term, it seems likely consumption of soybean oil for biofuel production will remain below expectations. That should keep U.S. interior basis levels relatively low and, in theory, should make soybean oil more competitive. However, the critical price that will drive U.S. exports will not be the basis. The spread between soybean oil and palm oil will be the crucial indicator to watch to understand the strength of U.S. soybean oil exports over the next six months.

The spread, which bottomed just below parity earlier in the year, widened to three cents in March. Given the relative fundamental situations, The Jacobsen expects the relative value will continue to expand and could reach five or six cents during the second half of the marketing year. When the spread was close to parity, many end-users substituted soybean oil for palm oil, which raised U.S. exports. With the spread moving in the opposite direction, The Jacobsen expects soybean oil export sales to slow as the relative value of soybean oil moves higher. 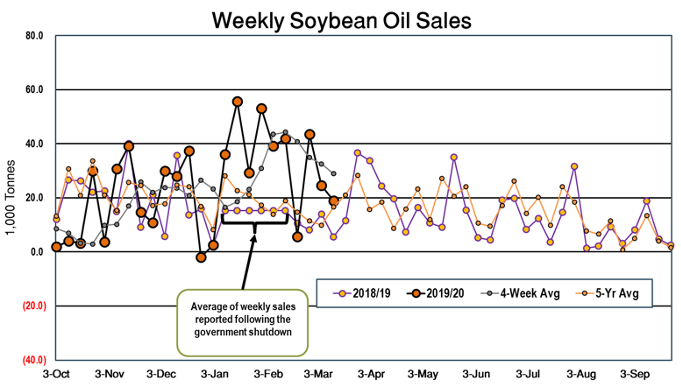 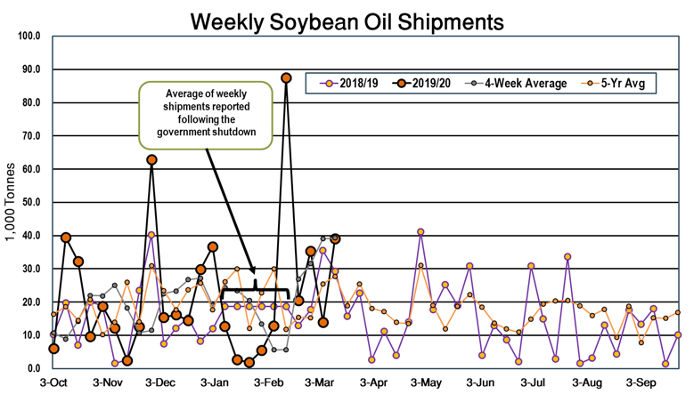 The Jacobsen recently raised its export forecast to two billion pounds, which is in line with USDA’s March forecast. While commitments already represent more than 85 percent of that total, The Jacobsen does not expect to raise its forecast and may even cut its projection if the impact of the pandemic on world vegetable oil demand slows consumption more than expected.