Ethanol production has been getting the national headlines as production is experiencing a drastic slowdown in response to the market being flooded with fuel at a time that demand has disappeared.  With production falling co-product pricing has been rising.

Diesel demand has not been hit as hard as gasoline demand. The trucking industry has had to continue moving production and inventory while Amazon trucks have been busy filling everyone’s home shopping needs. This isn’t to say that diesel demand hasn’t suffered.  It has. Just not to the same degree as ethanol.

We are already hearing of feedstock shortages in some sectors as the shelter within orders have reduced UCO supply.  In the Midwest, certain producers are indicating that as contracts fall off production for them will slow or stop.  RINs have stalled out, holding at near fifty cents per RIN, while the costs of production have increased due to heating oil falling into the mid seventy cents range with soybean oil holding fairly steady on a relative basis.

In California, if you back the value of RINs and the LCFS credit (not including deals on BTC) biodiesel is trading at basically zero to a negative value. When crude oil futures traded at a negative value right before May expiration, the EIA had this to say – Negative prices in commodity markets are very rare, but when they occur, they typically indicate high transactions costs and significant infrastructure constraints. It seems like this is something California traders and producers already new. 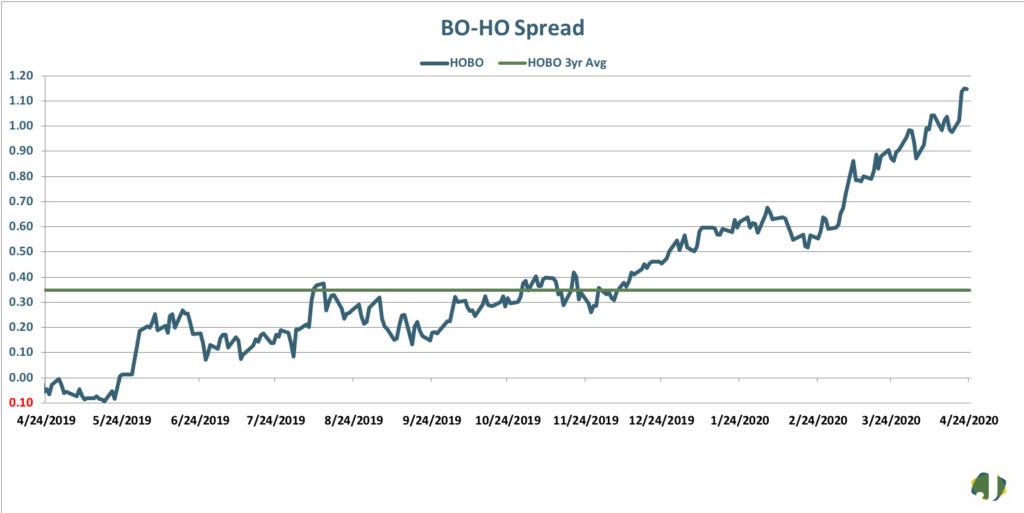 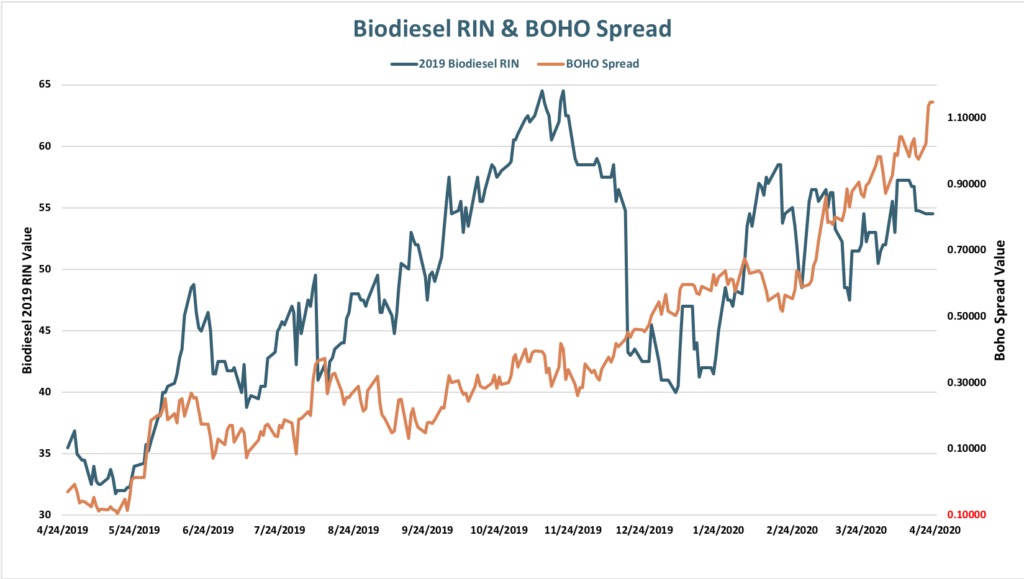