Renderer BFT was bid higher today with no trading reported as of press time.

Cattle slaughter finished last week at an estimated 425,000 head, the lowest non holiday total since on record going back to 2010 and the third lowest weekly total from the same time period. Slaughter is forecast to continue to run at reduced rates over the next six weeks despite an order from the President for meat packing plants to remain open. Illness amongst workers and USDA inspectors is limiting the staffing capabilities of plants, despite open doors and a plant to run operations. It’s likely that plants are being conservative in their scheduling of livestock deliveries as well. Slaughter is forecast this week at 475,000 head and is expected to increase to 510,000 head the week following. Slaughter over the next six weeks is forecast to average 564,200 head per week, down 13 percent from 2019 but up 4 percent compared to the prior six weeks. 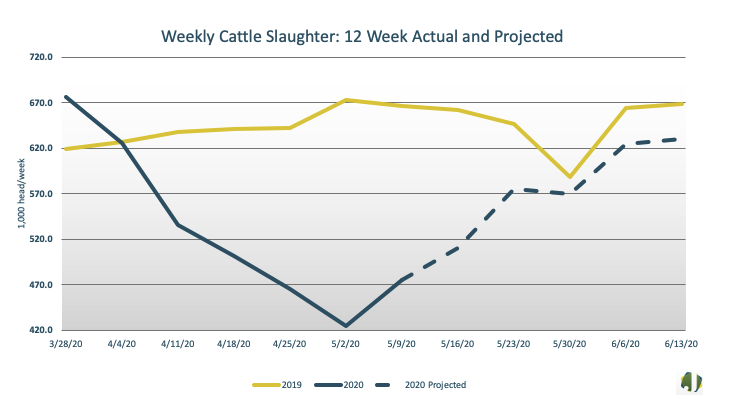