The EIA reported ethanol production up again for last week. Production is estimated at 617 million barrels per day, up 3 percent from the week prior and down 41 percent compared to last year. Distillers corn oil production is estimated at 5.86 million pounds per day. The increased production and cheaper soybean oil prices have pressured the DCO market over the last couple of weeks. There remain trades near the 30 cents per pound mark for smaller volume, quick ship into some specific feed formulations but bulk trading, albeit limited due to limited availability, has been done at lower numbers, especially into the fuel sector. 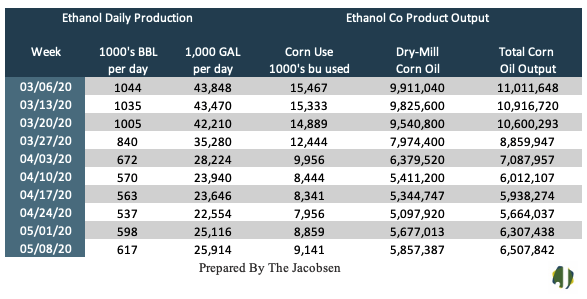 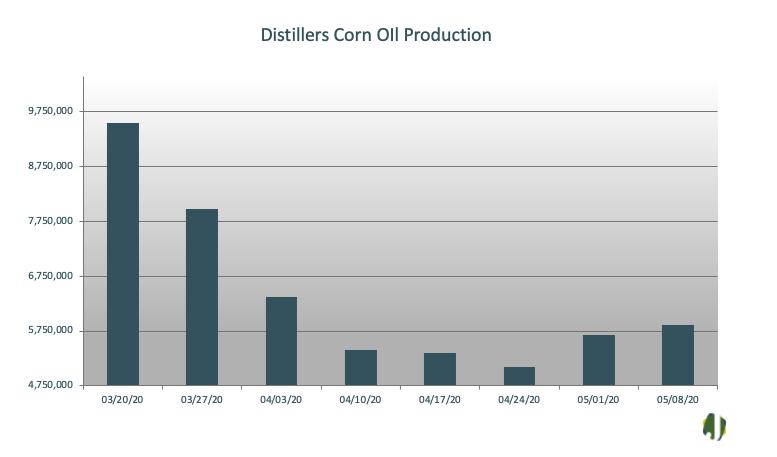