Weekly credit volume continued to move higher over the past week rising to 197,476 credits transacted, which was 17 percent over volume posted the week prior and 176 percent over the volume at this time last year. Despite the increase, this week’s volume remains below the 2020 weekly average of 392,459. The average price paid per credit was $197.48.14, up $3.34 from last week. There were 22 transactions, 10 were type 1 transfers of 169,956 credits and 12 were type 2 transfers of 27,500 credits. Type 1 transactions are trades executed within 10 days of a transfer agreement. Type 2 transactions are executed beyond 10 days of a transfer agreement. Type 1 transactions give a clearer picture of where the market is currently trading since Type 2 transactions do not give a date the agreement was entered into. The weighted average price for type 1 trades was $198.29, which was more than $4.00 over the average price of all trades. Second quarter volume is 99 percent over first quarter volume and 249 percent over Q2 of 2019.

CARB only includes transfers that are completed in the given week. Transfers for future dates, proposed and still pending confirmation, are excluded. CARB’s weekly report excluded two transfers this week for a total of 299 credits. CARB will exclude transfers that trade at, or near, zero in price. 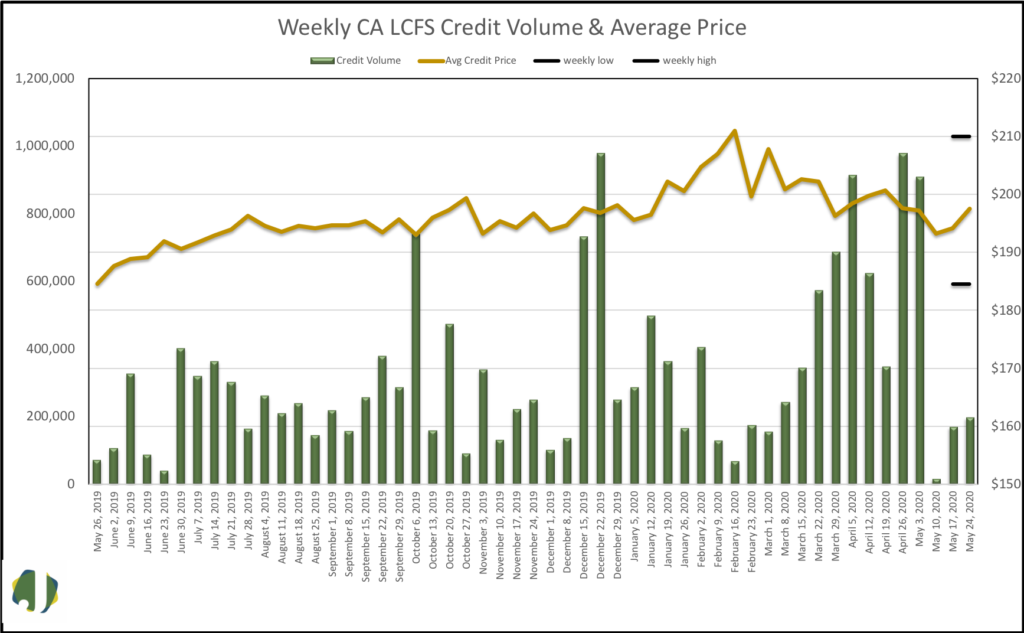 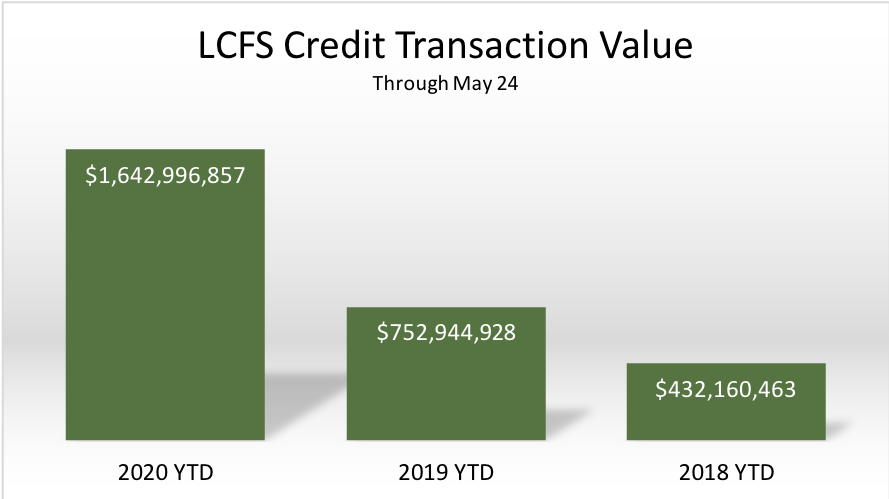 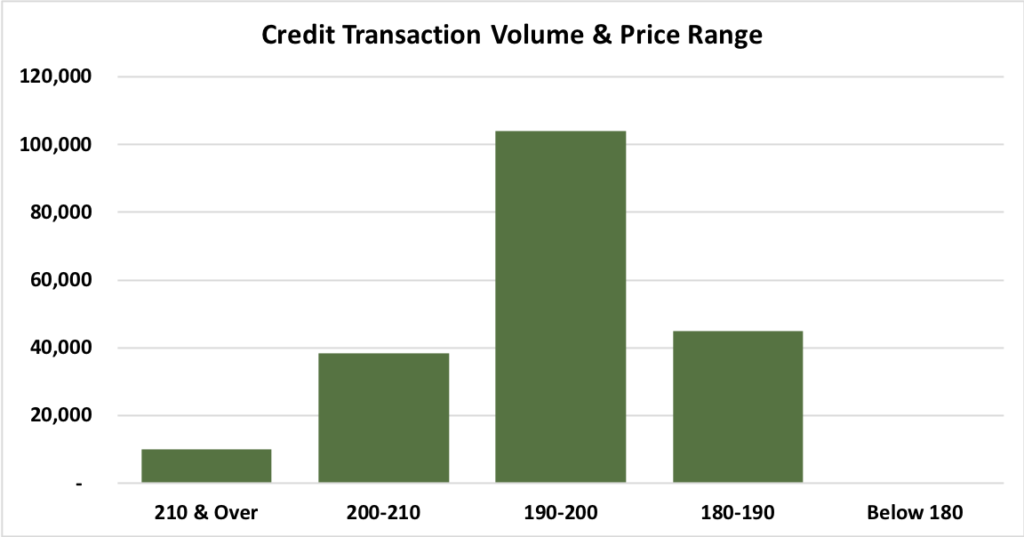