The Environmental Protection Agency (EPA) created an online dashboard for small refinery exemption (SRE) petitions received and acted on.  Prior to yesterday, Pending SRE petitions stood at 28, 27 for 2019 and one for 2020. The 2019 petitions are expected to be acted upon this year and generally occur the year after the petitions are received.

SREs may be granted only if EPA determines, based on supporting evidence provided in the petition, that “disproportionate economic hardship” exists for the refinery in the year for which exemption is required. Renewable Fuel Standard regulations define a small refinery as one with an average crude oil input no greater than 75,000 barrels per day crude. 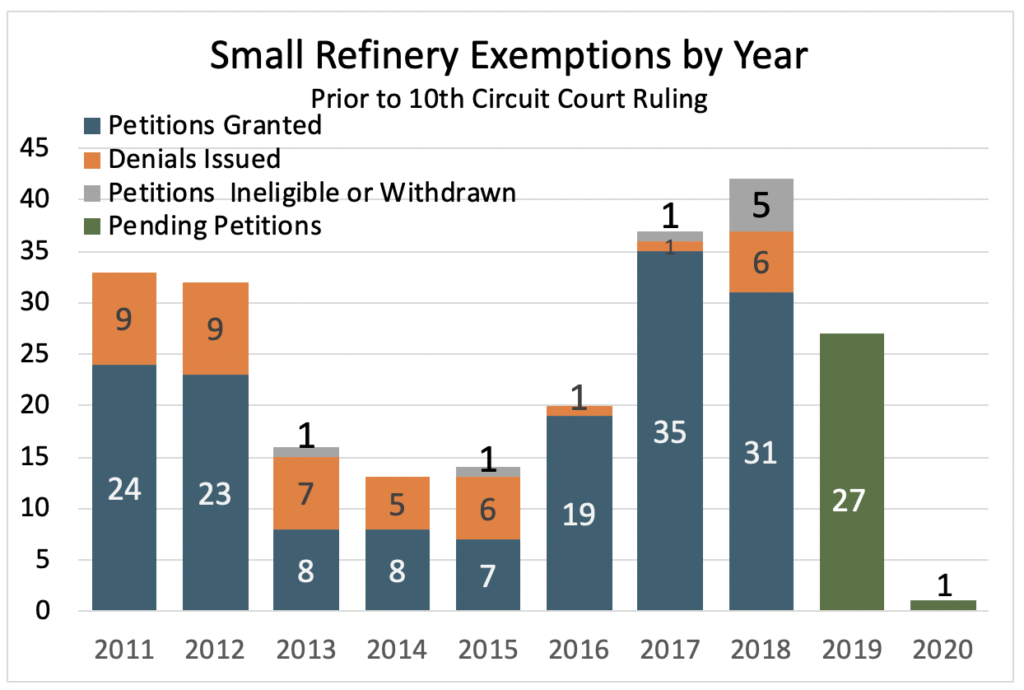 On January 24th, 2020 the US Court of Appeals for the 10th Circuit struck down three exemptions that were improperly issued by EPA.  The Court held EPA cannot “extend” exemptions to any small refineries whose earlier, temporary exemptions had lapsed.  The Court stated:

“the statute limits exemptions to situations involving ‘extensions,’ with the goal of forcing the market to accept escalating amounts of renewable fuels over time. None of the three small refineries here consistently received an exemption in the years preceding its petition. The EPA exceeded its statutory authority in granting those petitions because there was nothing for the agency to ‘extend.’”

This could have a big impact moving forward on future SRE use by EPA. If extended beyond the three refineries and extrapolated to all small refiners, the maximum number of petitions eligible to have been granted in any year after 2015 is seven, meaning at least 64 SREs should not have been granted in 2016 through 2018.

In an effort to get around the Courts ruling, small refiners have been petitioning EPA for prior year exemptions dating back to 2011.  EPA had issued a blanket waiver for all small refiners in 2011 and 2012, but analysts are under the belief that petitions being received for those years may be for refineries that were not eligible at that time.

Since the ruling in late January of 2020, EPA has been receiving petition requests for prior years. The logic for refiners is that if they can show a continuous chain of petitioning and receiving waivers, then they must be included in consideration for receiving an SRE for 2019 as well.

EPA’s online SRE dashboard was put in place to ensure transparency in the SRE process. A matter that has been shrouded in secrecy due to refiner names and reasons for SRE grants not being released to the public. Pressure has been mounting on EPA to use their dashboard to let the market know how many prior year petitions are being received. However, EPA placed the for prior years, in an administrative hiatus in order to avoid reporting their existence, according to a recent Politico article.

Yesterday, EPA made the information public and it showed they have received 52 prior year SRE request. 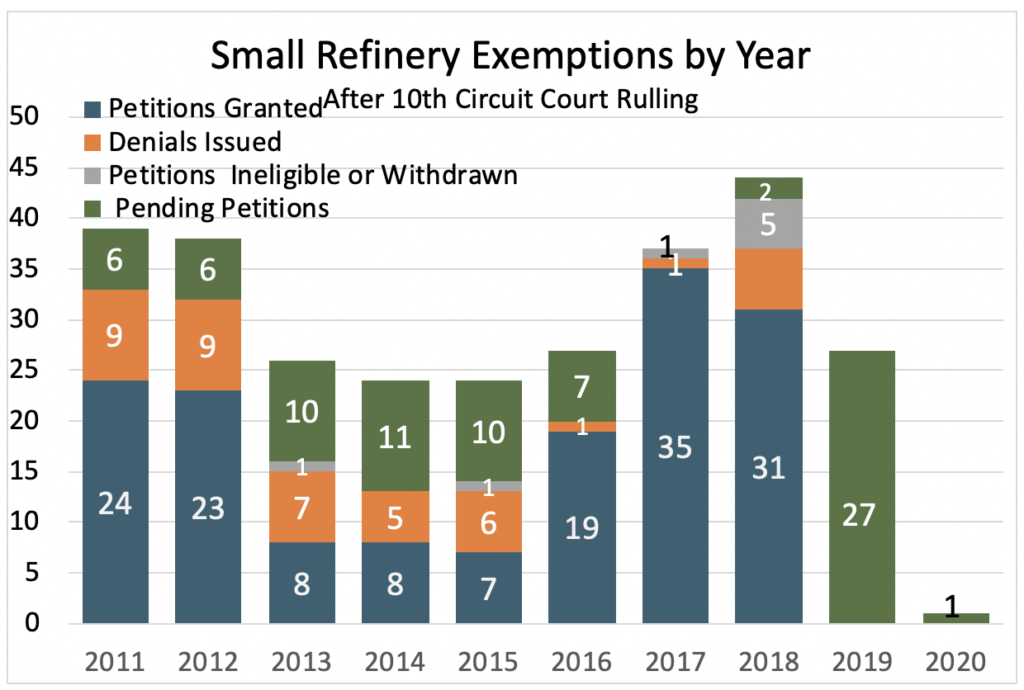