The amendments were finalized late last year bur require final approval from the Office of Administrative Law (OAL) in order to become effective.  This is on schedule to take place July 1, 2020.

The amendments seek to stabilize the LCFS market and ensure its continued support by capping the cost of LCFS credits and providing enough credit liquidity to keep the program running smoothly. The two of the major objectives of the amendments are

1.    Establishing a maximum tradeable price for LCFS transfers in the daily marketplace to that of the previously established maximum in the Credit Clearance Market (CCM).

2.    Supply additional credits to the market through credit borrowing if needed.

The maximum credit price, or cap, is $200 based on a 2016 base year, adjusted for inflation.  The California Air Resource Board (CARB) will make this calculation available in April of each year and the cap will go into effect June 1 of every year.  For 2020, the LCFS cap is $217.97 and will be in place after OAL approval.

CARB believes the option for supplying additional credits is needed to ensure a calm and orderly market.  However, they also believe that having to access borrowing is an unlikely scenario.  There are currently eight million credits banked within the program, allowing a sizeable cushion for problematic times.  That being said, the bank has declined from 10 million credits over the past two years. 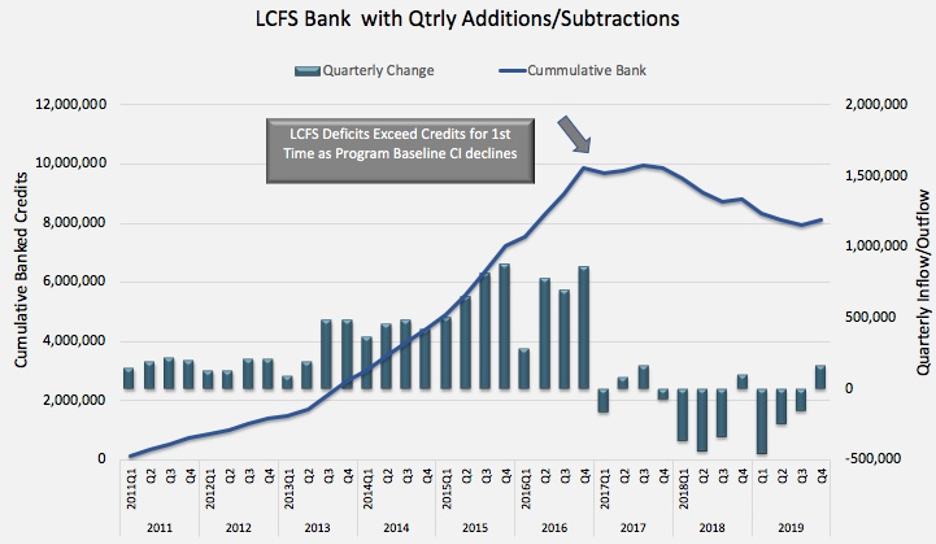 It there should become a time where an insufficient number of credits are pledged into the CCM to meet all outstanding annual deficit obligations, CARB will borrow against future credits and issue these credits to large utilities to make up the difference.  An equal number of credits will later be deducted from the credits that large utilities generate in the future through the existing base residential EV charging provisions.  Borrowed credits would be issued over a six-year window and repaid within 11-years from the time borrowed.