Two cars of renderer bleachable fancy tallow (BFT-R) traded steady with the last offered price. Technical tallow was suggested at lower numbers through the Chicago market, but official offers were not reported and could not be substantiated. Non-Chicago trading has been indicated in the 37 – 38 cents per pound, equivalent, range and bids have been reported at 32 – 33 cents Chicago.

Distiller’s corn oil trading was done at lower prices today as continued increase in supply and cheaper alternatives weigh on the market. The EIA estimated distillers corn oil production at 893 million barrels per day, last week, up 6 percent from the week prior. Production was 15 percent under the prior three-year average for last week. Distillers corn oil production is estimated at just under 8.5 million pounds per day, the highest production estimate since the week ending March 25th. The increased production and cheaper alternatives add risk for lower prices in the near term. 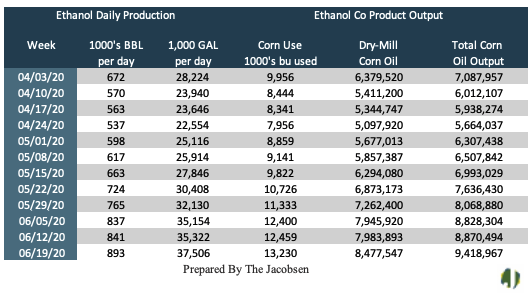 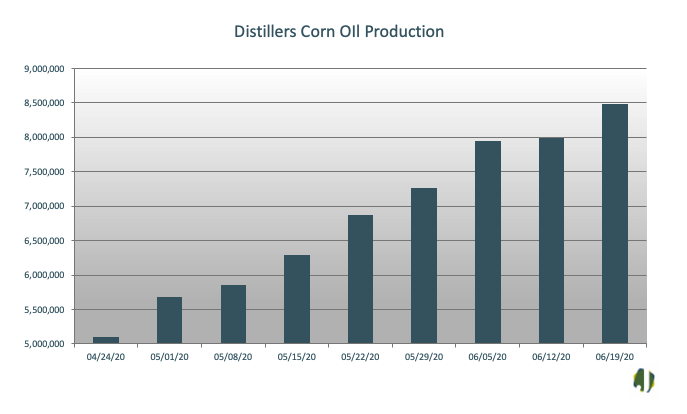