Soybean Oil Use in Biodiesel Production at 8-Month High

According to the EIA, production came from 89 biodiesel plants, down one plant from last month, with a capacity to generate 2.48 billion gallons. This indicates that production, as a percent of capacity was 69 percent. Monthly domestic production capacity, per the EIA is 206.5 million gallons.

The use of soybean oil was at an eight-month high and well beyond its four-year monthly average of 54 percent. Canola oil use increased by five percent and was 13 percent of the feedstock mix. Distillers corn oil used plummeted 42 percent from March due to the sharp drop in ethanol production. DCO was just under eight percent of the feedstock total.  Yellow grease use fell 31 percent from March while white grease consumption was up 17 percent.

Despite the low carbon programs in California and Oregon, the use of lower carbon intensive (CI) inputs declined sharply in April. Production from lower CI feedstocks declined by 27 percent, falling from 353 million pounds to 256 million.  Production from higher CI feedstocks increased by two percent, climbing from 796 million pounds in March to 814 million in April. 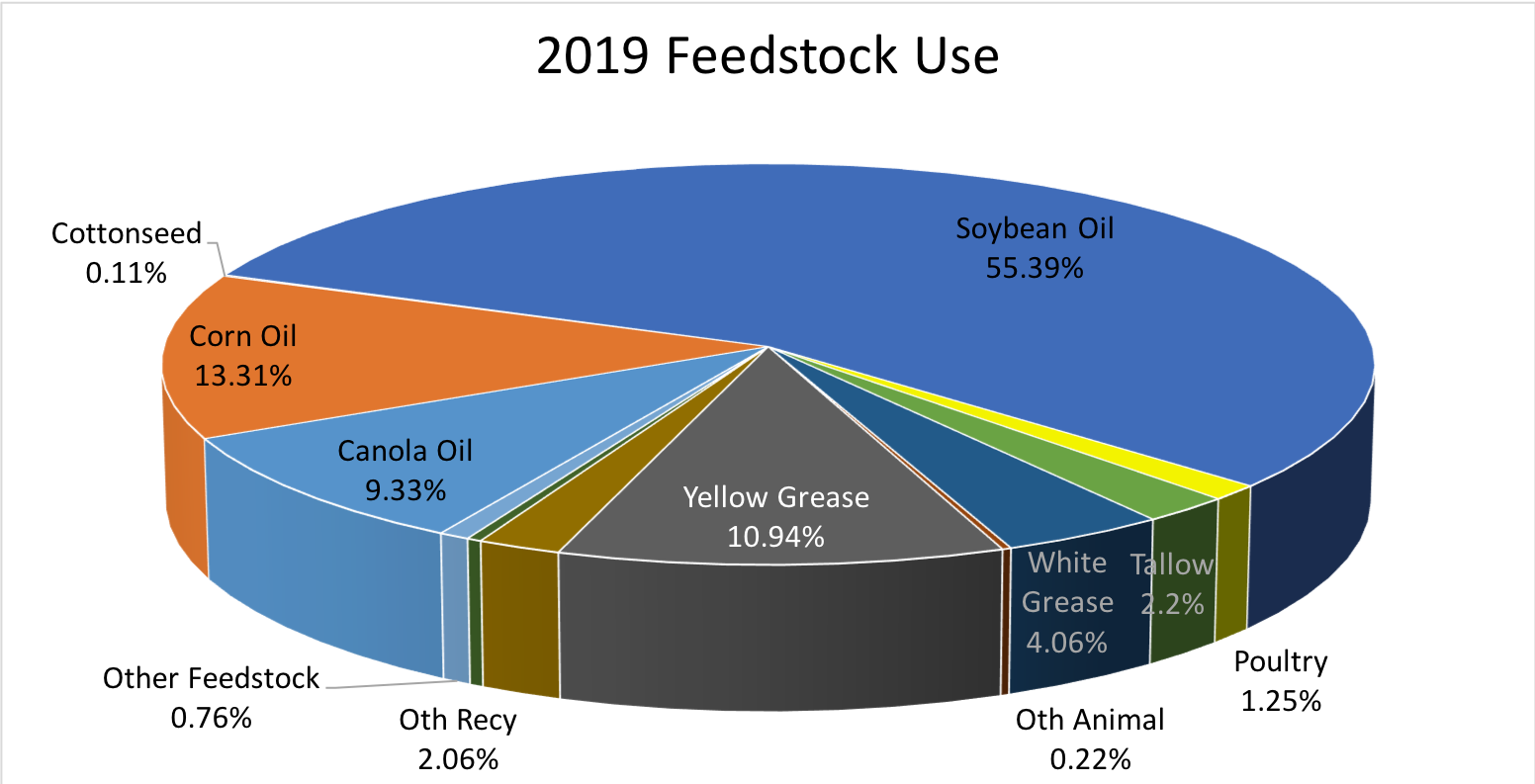 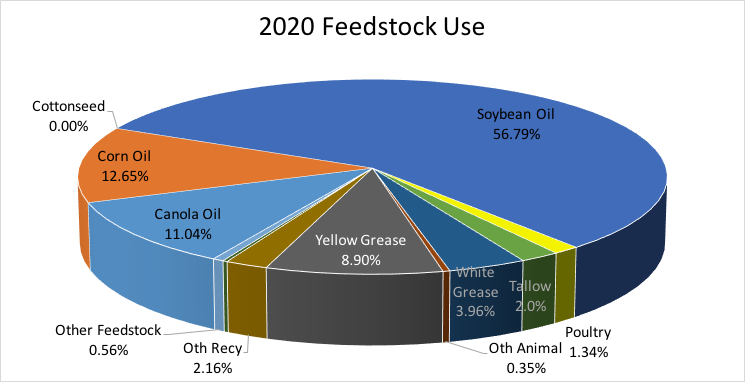 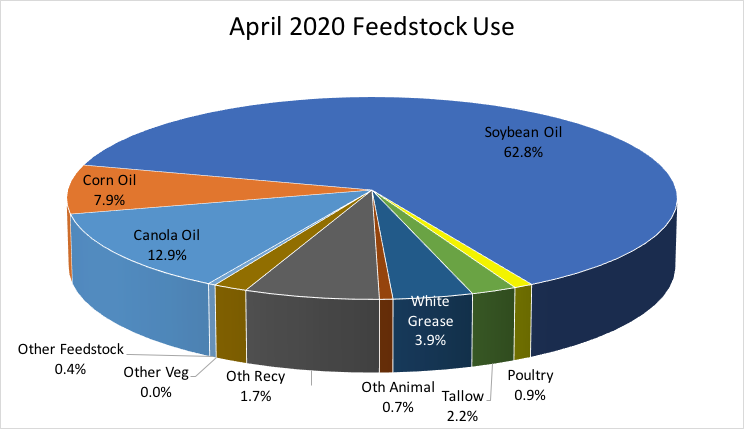 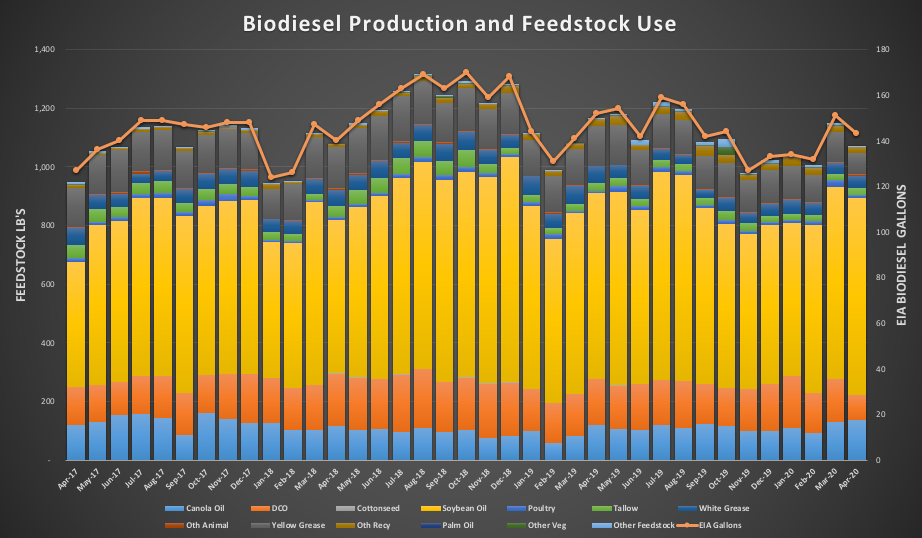