Weekly credit volume of 371,212 was down 60,933 credits from last week and is one percent below the 2020 average if 376,646. Volume fell 14 percent for the week but was 42 percent over last year’s volume for the same weekly period.  The average price paid per credit increased $0.97 to $197.04. There were 47 transactions, 19 percent were type 1 transfers of 70,993 credits and 81 percent were type 2 transfers of 300,219 credits. Type 1 transactions are executed within 10 days of a transfer agreement. Type 2 transactions are executed beyond 10 days of a transfer agreement. Type 1 transactions may give a clearer indication of current market conditions since Type 2 transactions do not provide a date the agreement was entered into. The weighted average price for type 1 trades was $194.71, which was $2.33 below the average for all trades. Third quarter volume is 32 percent below second quarter volume but 82 percent over Q3 of 2019.

CARB only includes transfers that are completed in the given week. Transfers for future dates, proposed and still pending confirmation, are excluded. CARB’s weekly report excluded five transfers totaling 5,549 credits. CARB will exclude transfers that trade at, or near, zero in price. 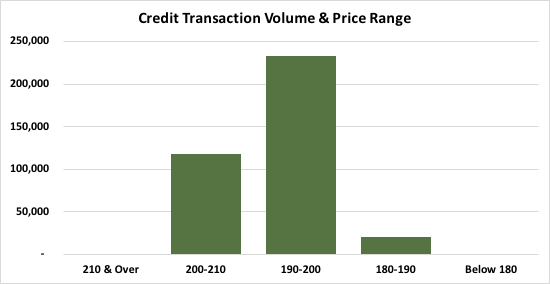 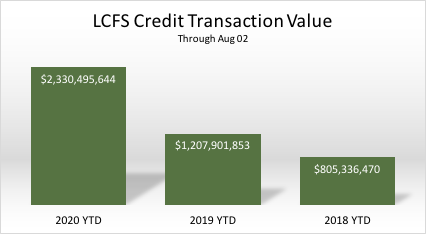 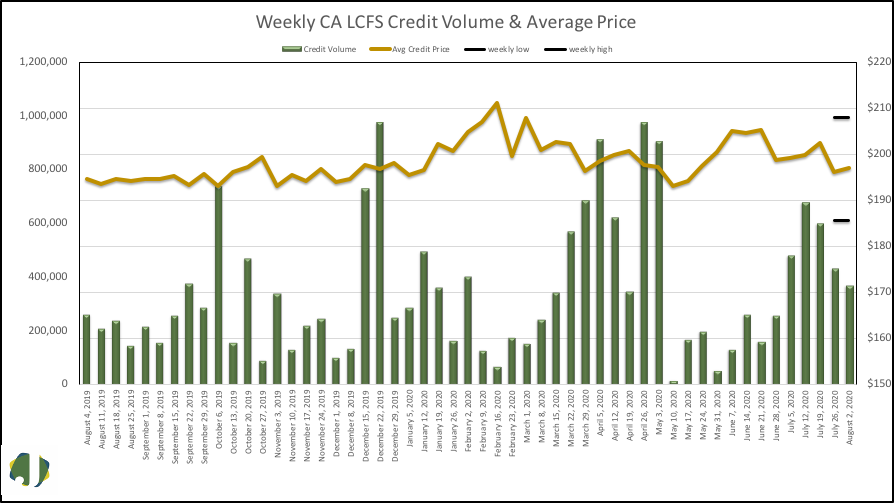