The news that Marathon will indefinitely idle it’s Martinez, CA and Gallup, New Mexico refineries with no plans to restart normal operations, reflects the difficult times faced by fuel producers.  The Martinez plant is under consideration by Marathon to be repositioned as a renewable diesel facility.  Should that happen, Marathon would be in the running to become one of the largest renewable diesel producers in the world.

Marathon is already working to complete construction on their Dickinson renewable diesel project, which remains on schedule for planned completion in late 2020. This project converts the Dickinson refinery into a 12,000 barrel per day biorefinery capable of producing renewable diesel from corn and soybean oil, according to their strategic and operations update.

If the decision on the Martinez refinery moves forward, this would convert the refinery into a 48,000 barrel per day biorefinery for renewable diesel.  Providing that permits are granted, and the project receives Board approval, Marathon could start producing in a couple of years and hit full production by 2024.  If both projects reach completion, that could give Marathon the ability to produce 900 million gallons of renewable diesel per year.

July 16 (Oil Price)  The Biofuel Boom Was Doomed From The Start — The future of biofuels is no longer bright. The oil crash and global pandemic have battered biofuels to the brink of collapse, the Trump administration has all but abandoned any existing biofuel mixing mandates, and Joe Biden’s big new green energy plan makes no mention of biofuels at all. The future of energy likely won’t include fossil fuels, but it’s looking more and more like it won’t include biofuels either. Tesla had better hurry up with that million-mile battery.  READ MORE

July 15 (Fas.USDA)  Colombia Imposes 2 Year Duty on US Ethanol After CVD Investigation  – On May 7, 2020, the Colombian Ministry of Trade, Industry and Tourism (MinCIT) issued a final ruling in its countervailing duty (CVD) investigation into U.S. ethanol, placing a $0.066/kg duty on imported U.S. ethanol for the next two years as compensation. This report summarizes the Colombian ethanol market and the CVD case on U.S. ethanol.  READ MORE

July 14 (Utility Dive)  15 states, DC will collaborate on 100% electric truck sales by 2050 – Governors from 15 states and the mayor of Washington, D.C., signed a memorandum of understanding (MoU) to ensure 100% of medium- and heavy-duty sales are zero-emissions vehicles (ZEV) by 2050, according to a Northeast States for Coordinated Air Use Management (NESCAUM) press release. The group has an interim target of 30% electric vehicle (EV) sales by 2030. READ MORE 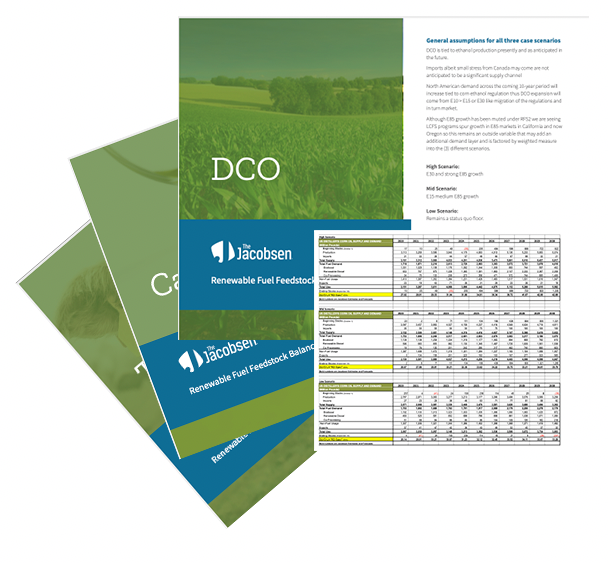