According to the Energy Information Agency (EIA), the United States imported 44.56 million gallons of biomass-based diesel (D4) during June. Imports of D4 were eight percent over May and 17 percent above the volume imported in June of 2019. D4 imports this year have reached 241.7 million gallons, 14.1 percent over 2019 volume through the same time period.

Imports could see higher volumes this year.  The 10th Circuit Court ruling on small refinery exemptions (SREs) granted by the Environmental Protection Agency (EPA) could lead to increased import interest.  The extension of the blenders tax credit will also make the US a favorable destination for biomass-based diesel from other countries.  The lingering impact of the pandemic will offset some import activity.  Refiners have been petitioning the EPA for prior year hardship exemptions in an effort to get around the 10th circuit court ruling. 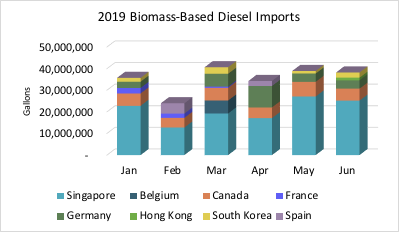 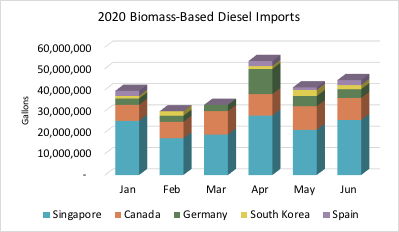