The 2020 growing season presented a steady flow of obstacles for growers in the US.  Western wildfires smoldered endlessly, and the Gulf Coast was deluged with multiple tropical storms. Orderliness is not to be expected in this new crop, with intrepid growers routinely solving problems unique to their location, infrastructure, or labor.  Hemp prices have not improved meaningfully since 2019, but demand for derivatives like ∆8 THC have made some progress in reducing isolate stocks. 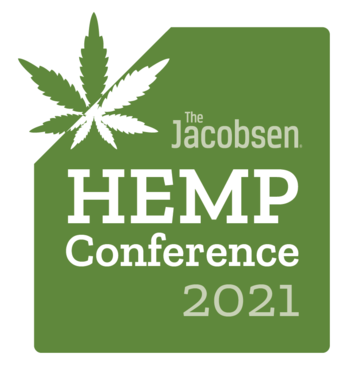 From a supply and demand perspective, markets are still siloed, and disconnects exist throughout.  The black market will increasingly supply cannabinoids like ∆8, and ∆9, but policy developments could bring these transactions out of the shadows.  This will provide an opportunity to track these markets, which exceed several hundred million dollars if including high THC cannabis flower. New cannabis growing states like Oklahoma fuel this vast market.  The state has swiftly surpassed Colorado in the number of growing operations.

The current snapshot of the hemp sector shows widespread experimentation on the farm, with cannabinoids, fiber, and grain.  There is little market for biomass.  Producers are also experimenting with the material, eager to make something of their efforts.  Tolling remains the answer for producers looking to preserve their harvest.  This makes for a highly distributed inventory of extracts – of varying quality and specs – impacting markets.  Many of the trades in the industry are comprised of just several kilos.

Small producers looking to grow hemp sans contract will not find ready markets for harvested hemp biomass.  Tolling fees have become very competitive in some areas, particularly Colorado, where $1/lb. for input material can be had at higher volume.  The crop continues to be a high-risk crop with little to be gained in the short term for speculators.  Regardless, there is still widespread enthusiasm for the crop, and this will provide momentum for the fiber segment.  The hempseed segment will see continued growth, and more profitability as hempseed meal gains approval for livestock feeds.

Hemp offers a marketing edge that other crops do not have, separate from the material aspects that have launched the industry.  More research into the impacts of hemp on corn/soy rotations, or specialty crop rotations, may unearth data that shows hemp increasing organic matter in soils over time.  Organic grain producers will continue to experiment with hemp, which could have a measurable impact on subsequent grain yields.

Small hemp farmers marketing their products in venues like farmers markets operate independently from the greater supply and demand arena.  As do the many vertically integrated operations that exist at varying scales.  Exercises in theoretical demand show relatively small amounts of material are needed to service existing markets, but the reality is much messier.

What we do know is that tens of millions of pounds of hemp biomass were harvested for cannabinoids in 2020, along with several million pounds of flower for value-added markets.  This exceeds any theoretical demand, but hemp is not corn or beans, and it isn’t practical to look at the nationwide cannabinoid crop as a uniform product.

Hemp prices will continue to languish until there is movement in demand segments, which will ultimately be the result of policy.  A changing retail landscape could have a meaningful impact on demand, as companies like Amazon are expected to enter the fray in 2021.

The planting estimates below show roughly 125,000 acres planted this year, which we believe to be an accurate characterization of the 2020 crop.  Not all of this was harvested.  Widespread crop failure, harvesting and storage issues, inexperience, wildfires, pests, and unreliable seed all contributed to losses of upwards of 20% of the acreage shown below. Experimentation with fiber hemp also resulted in crops being disked in, but producers also baled an estimated 2000+ acres of hemp straw, much of which is disconnected from any processing.  Hempseed crop losses are estimated at less than 10%.  Hempseed could exceed 25% of the 2021 hemp crop. 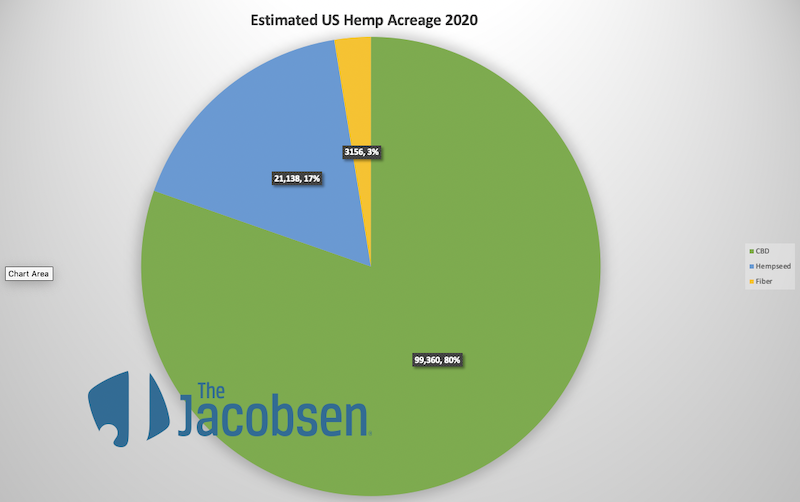 Video shorts from the Fats, Oils, & Fuels Webinar Report Our team of Senior Analysts break down questions from the live Webinar audience during the call on Tuesday, January...