** Special Feature: This content is available weekly in our Pro Plan Subscription ** 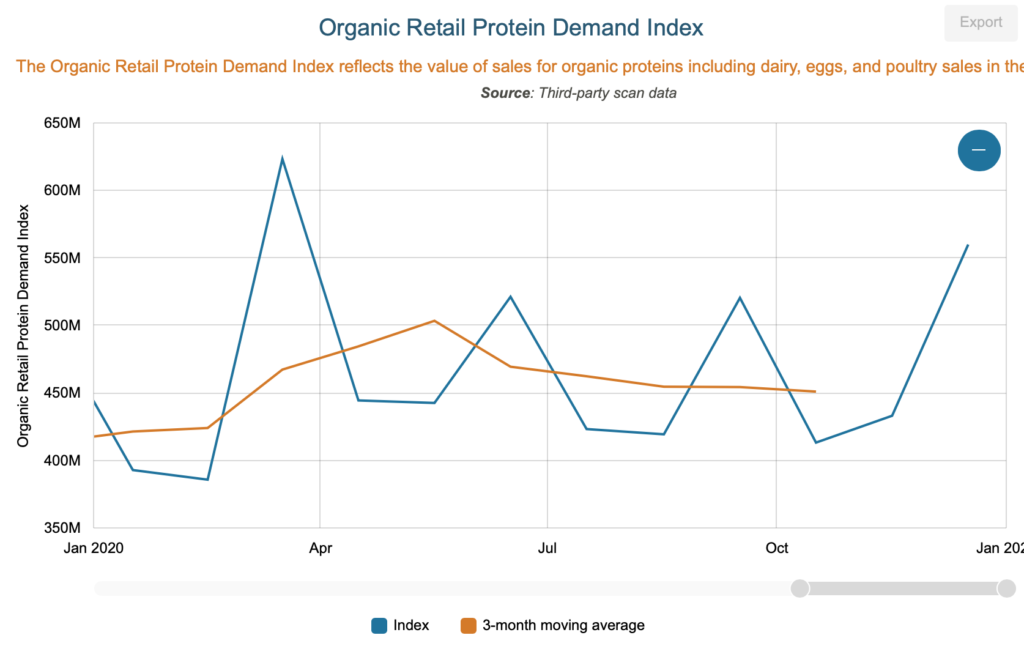 As the Biden Administration takes over in January, there is likely to be a further uptick in grocery store sales. This scenario should unfold as governments in blue states conform to the new administration’s guidelines to rid the United States of the virus. Spending should also increase as the government looks to provide $1,400 in stimulus checks directly to consumers.

As consumers shop at grocery stores, they might find that conventional animal proteins are more expensive do the rising cost of feed (corn and soybean meal). This increase has not spilled over into organic feed but has increased the flat price of non-GMO feed.  Recall, most consumers of non-GMO feed lock in a flat price, which is a non-GMO premium plus the underlying conventional flat-price. While most broiler, layer, pork, beef, and dairy operations likely hedged their exposure, the rise in corn and soybeans’ price will eventually spill over into the price of non-GMO and conventional animal proteins.

Video shorts from the Fats, Oils, & Fuels Webinar Report Our team of Senior Analysts break down questions from the live Webinar audience during the call on Tuesday, March...

Vegetable oil prices were mixed on Friday as fund spreading lifted the front-end of the soybean oil...