Credit production of 3.67 million was above CARB’s forecast of 3.39 million.   The majority of the credits were produced in five categories: 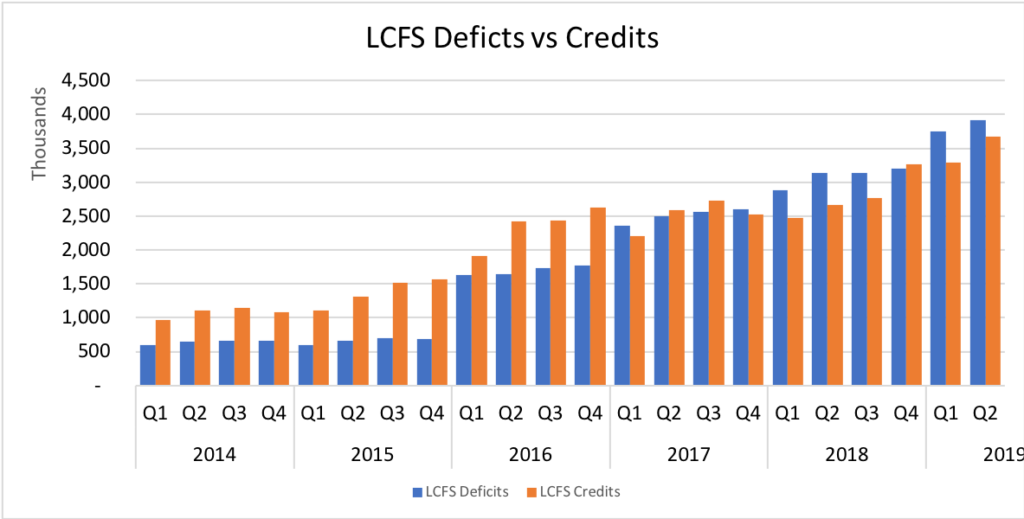 Stronger credit output wasn’t enough to prevent another quarterly drawdown from the credit bank. Second quarter credits were 247,086 less that deficits. This was a 54 percent improvement from the first quarter, which saw a credit drawdown of 455,553 credits.  The credit bank is just below 8 million and about two million below its high of 10 million, which was set at the end of the third quarter in 2017. 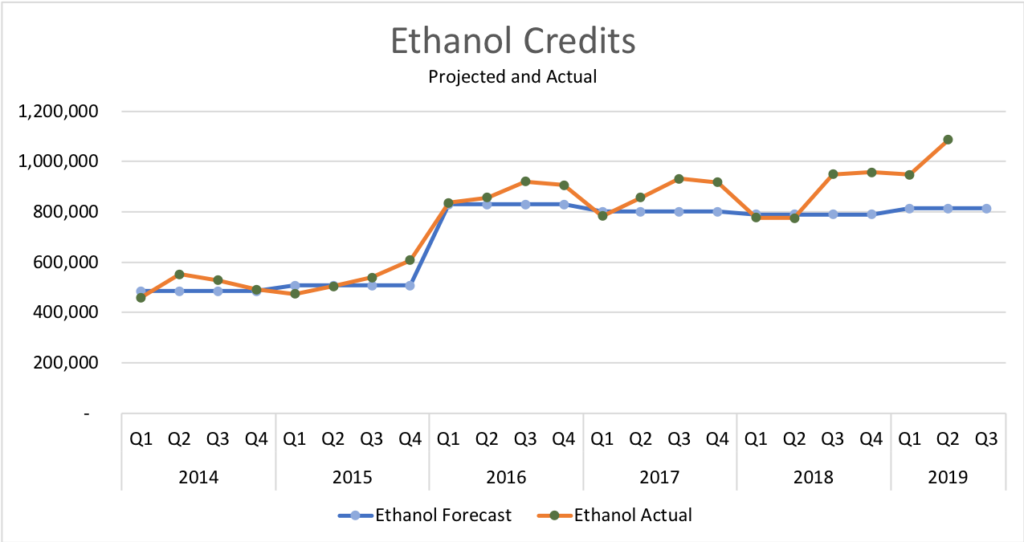 Bio CNG/LNG production continues to rise slower than anticipated.  Biomethane accounts for five percent of the program credits, which is down a point from last quarter despite an eleven percent rise in credit generation during the second quarter.  CARB expectations had been for 299,013 second quarter credits, roughly 97,000 more than the 201,820 created.