Ethanol production increased 41,000 barrels per day to a 765 million-barrel-per-day average during the week ending May 29, 2020, hitting a nine-week high, according to the EIA’s Weekly Petroleum Status Report. Output increased 5.7 percent from last week but is still 27 percent below production levels at this time last year. DDGS output climbed 3,899 metric tons daily during the past week but is 26,535 MT below daily production from a year ago.

Gasoline supply increased 4.1 percent, hitting its highest level since the pandemic was announced. Gasoline supply is 20 percent below 2019 levels for the same weekly period. Ethanol stocks reached a 21-week low at 22.48 million barrels.  Ethanol imports were absent again during the week. The increase in ethanol production raised corn demand by 607 thousand bushels per day. DDGS output moved with ethanol production, rising 5.7 percent for the week. 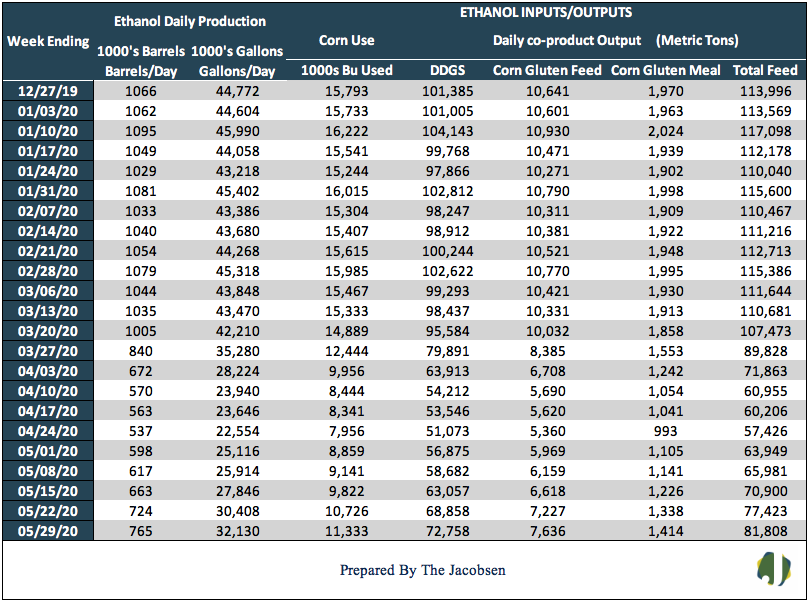 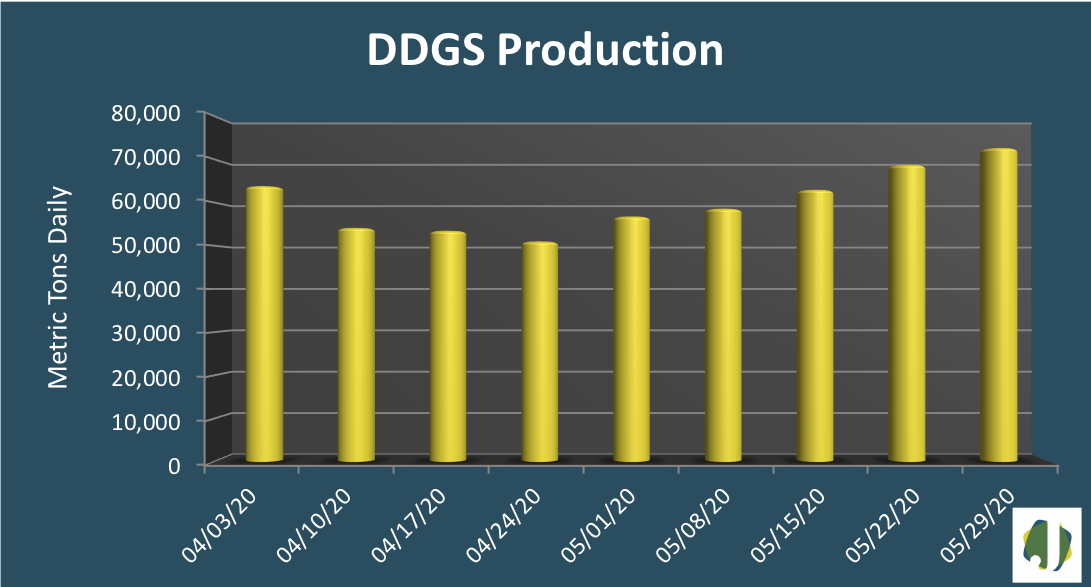 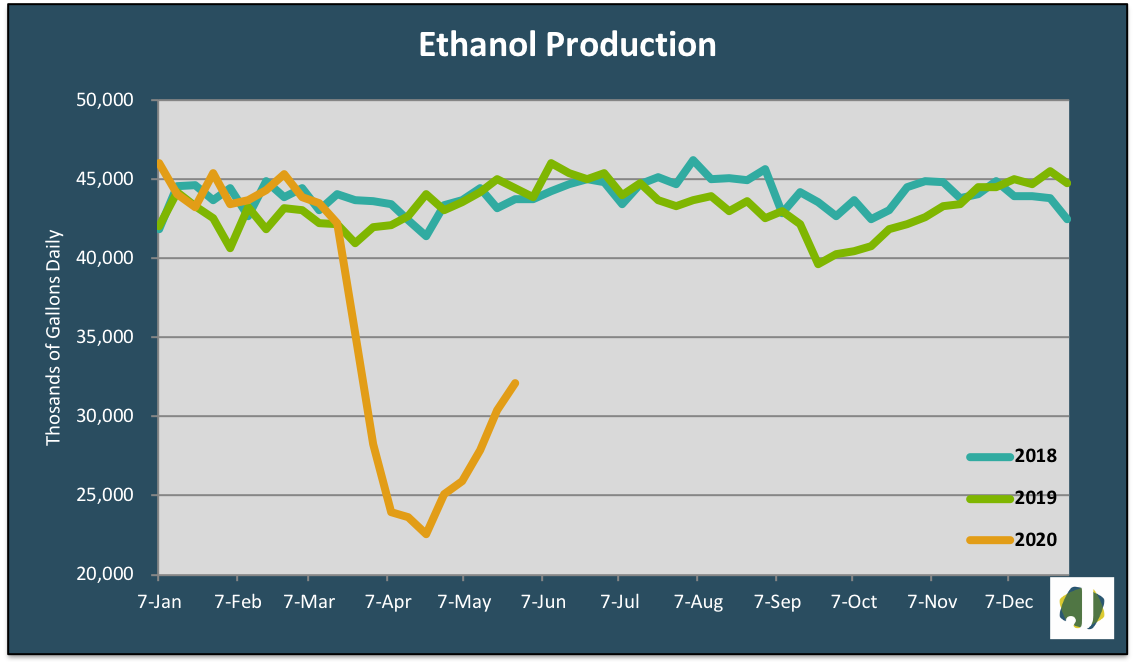 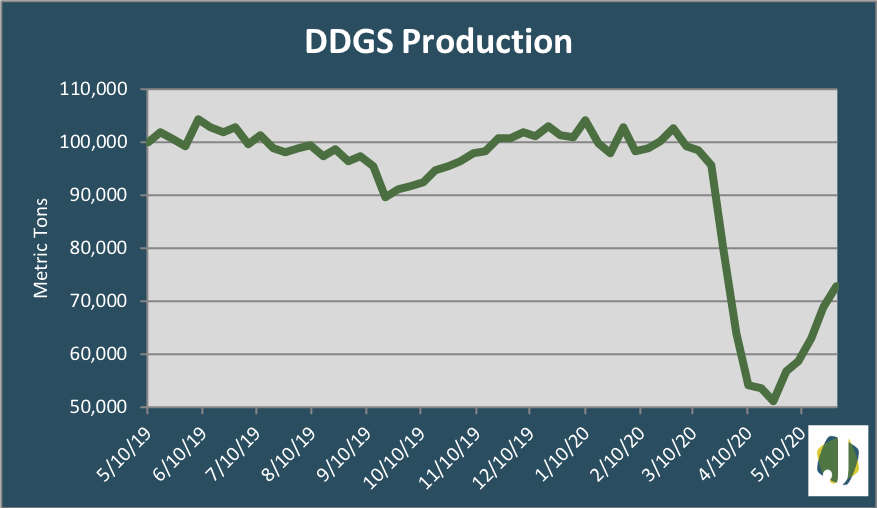 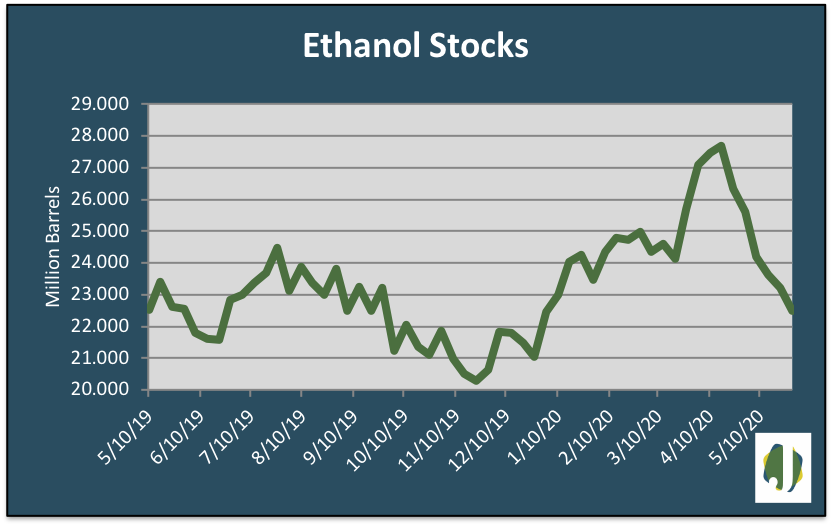