Cattle slaughter finished last week 636,000 head, down 3 percent from a year ago and up 2 percent relative to the week prior. Slaughter is forecast to rebound this month after the lower numbers in April and May. Over the next six weeks, slaughter is forecast at an average of 636,000 head, up an average of 23 percent from the prior six weeks and down 2 percent compared to last year. 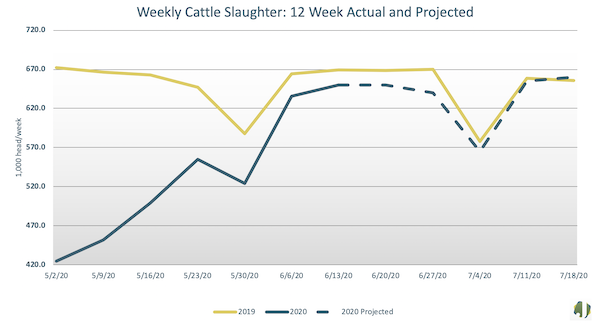