Ethanol production advanced 16,000 barrels per day to a 977 million-barrel-per-day average during the week ending November 6, 2020.  Ethanol and DDGS volumes reached another post-pandemic high for output, recording levels not seen since the week the pandemic was announced.  Ethanol production was 1.7 percent above last week’s output but 5.2 percent below levels seen at this time last year. DDGS output increased by 1,522 metric tons per day but was 5,041 MT below daily production a year ago.

Gasoline supply increased 5.1 percent but was six percent below 2019 levels for the same period. Ethanol stocks increased to 20.2 million barrels, reaching a 10-week high. There were 20 million gallons of sugarcane ethanol imported to the West Coast during the week ending November 6. This was the largest weekly import total recorded by the Energy Information Administration (EIA) since September of 2019  Increased ethanol output raised corn demand 237 thousand bushels per day. DDGS output moved with ethanol production, increasing 1.7 percent for the week. 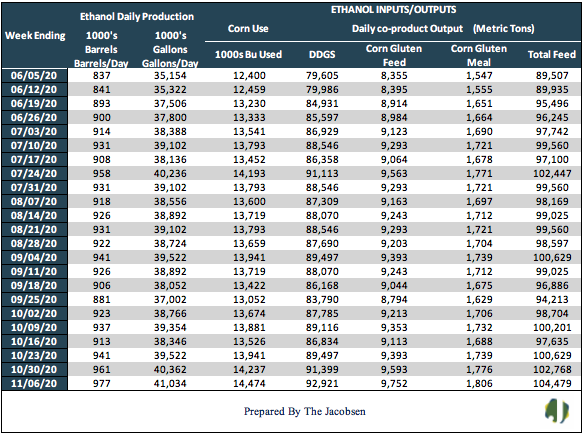 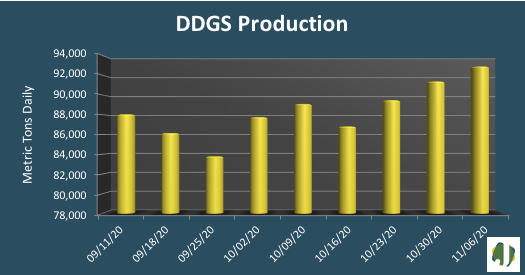 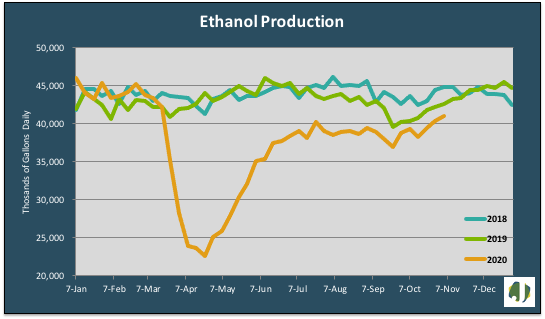 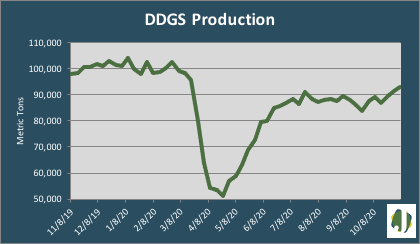 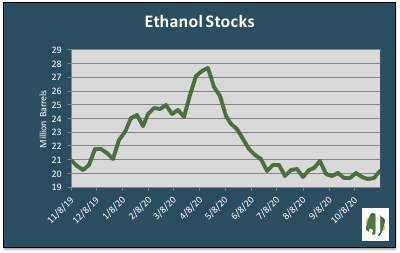