According to Environmental Protection Agency (EPA) Chief Andrew Wheeler, the recent ruling from the US Court of Appeals 10th Circuit to declare three recent refinery exemptions as ineligible, could have major ramifications to the program.  Wheeler went on to say that the “EPA is looking into the decision and will have something out regarding the ruling shortly”.  The 10th Circuit Court found the three refiners ineligible because the exemption only applies as an extension to an exemption previously granted. These exemptions were meant to be used as a temporary adjustment period for small refiners, not a permanent part of the program. If a refiner received an exemption in one year and either did not apply, or did not qualify to receive one the following year, the extension aspect of receiving the exemption disappears, breaking the chain of command and making future claims impossible.

This becomes an interesting point for the EPA to consider.  There were only seven exemptions granted in 2015, which per the ruling would seem to limit future extensions to the seven refiners receiving them for 2015.  However, the EPA granted 19 exemptions in 2016, 35 in 2017, and 31 in 2018.  There have been 21 petitions for exemption from 2019 compliance received thus far in 2020.

The seven exemptions granted in 2015 reduced renewable volume obligations (RVO) by 190 million gallons and represented 1.15 percent of total RVOs. The number of SRE petitions granted peaked at 35 in 2017 and exempt more than 1.8 billion gallons of renewable volume; 9.44 percent of the total RVO volume for the year. SREs in 2017 exempt 528 percent more fuel than in 2015 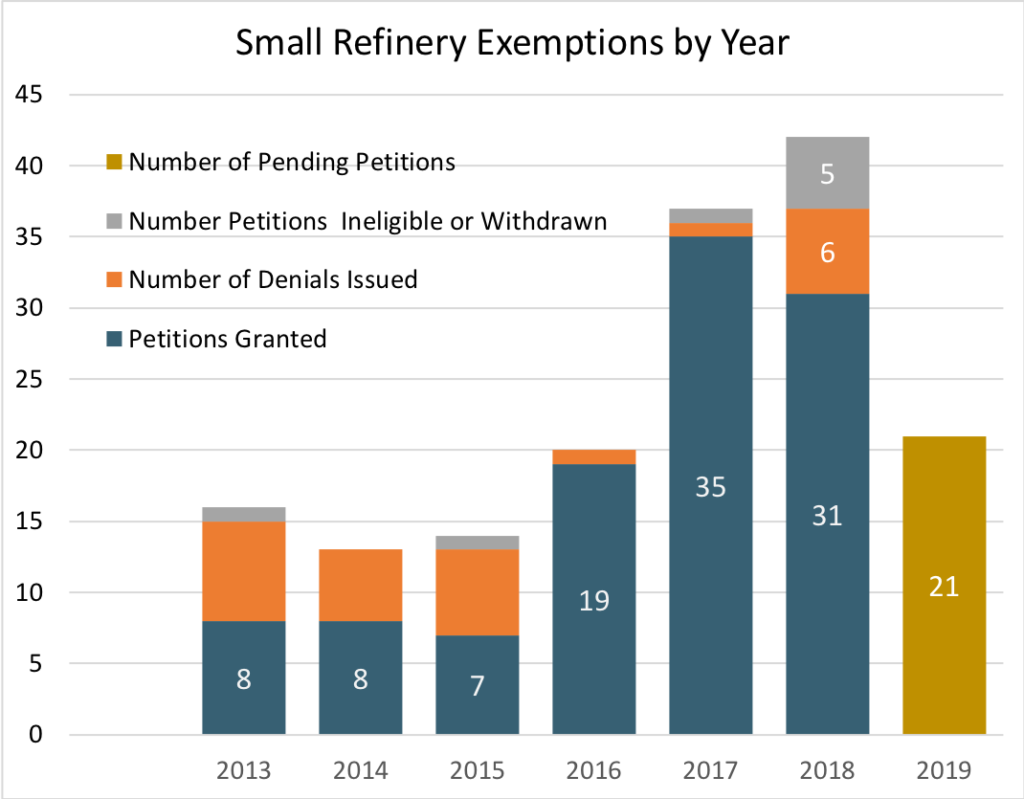 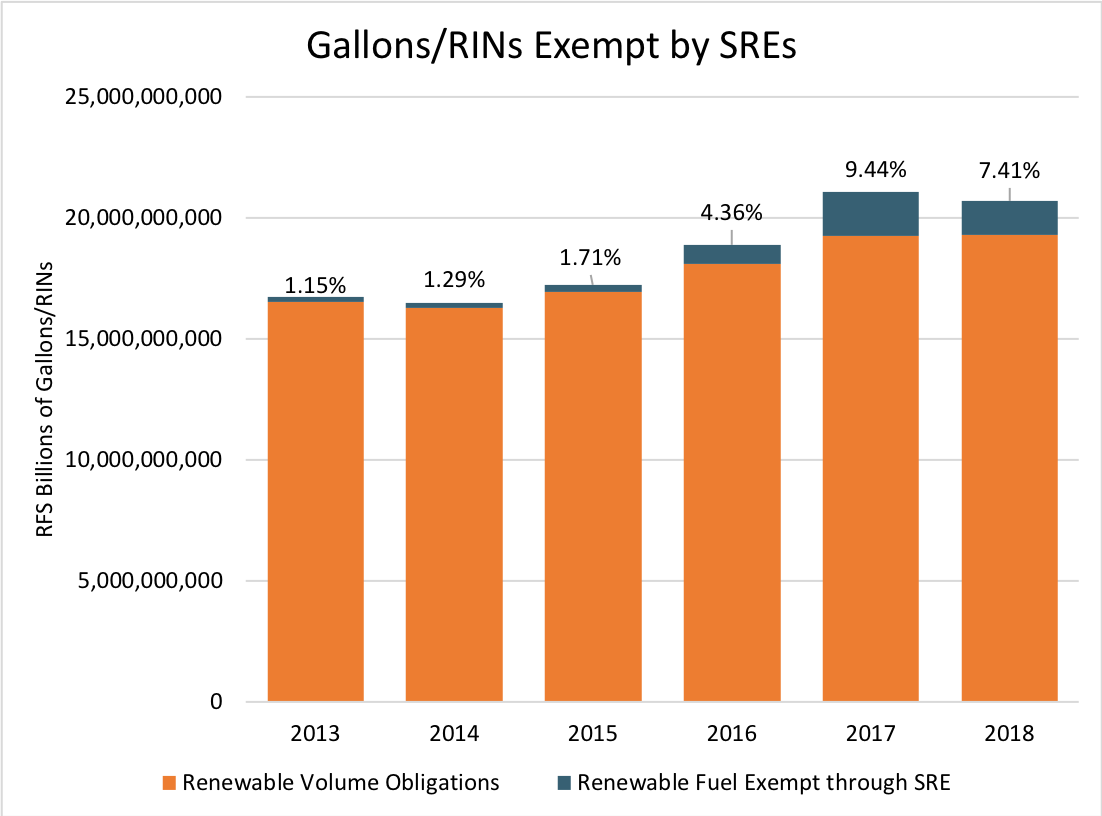 Since the 10th Circuit Court ruling, renewable identification number (RIN) prices have increased rapidly.  Biodiesel 2018 (B18) RINs have jumped 45 percent in value while the biodiesel 2020 (B20) RINs are up 19 percent.  Ethanol RINs have seen a more drastic percentage change, with the E18 up 164 percent and the E20 60 percent.  The scarcity of the 2018 and 2019 RINs likely places a premium on time value since additional RINs for these time frames cannot be generated prior to retirement.