DDGS Output Up 60% From Pandemic Low

Ethanol production increased 72,000 barrels per day to an 837 million-barrel-per-day average during the week ending June 5, 2020, hitting a 10-week high, according to the EIA’s Weekly Petroleum Status Report. Output increased 9.4 percent from last week but is 24 percent below production levels at this time last year. DDGS output climbed 6,848 metric tons daily during the past week but is 27,601 MT below daily production from a year ago.

Gasoline supply increased 4.7 percent, hitting its highest level since the pandemic was announced. Gasoline supply is 20 percent below 2019 levels for the same weekly period. Ethanol stocks reached a 23-week low at 21.8 million barrels.  Ethanol imports were absent again during the week. The increase in ethanol production raised corn demand by 1.1 million bushels per day. DDGS output moved with ethanol production, rising 9.4 percent for the week.

The estimated ethanol-processing margin edged higher during the week.  Revenue from ethanol and DDGS sales moved from $4.66 to $4.73 per bushel while the cost of corn increased six cents to $3.28 per bushel.  This allowed the margin to expand two cents to $0.86 per bushel.  The estimated margin is 34 percent over levels from year ago. 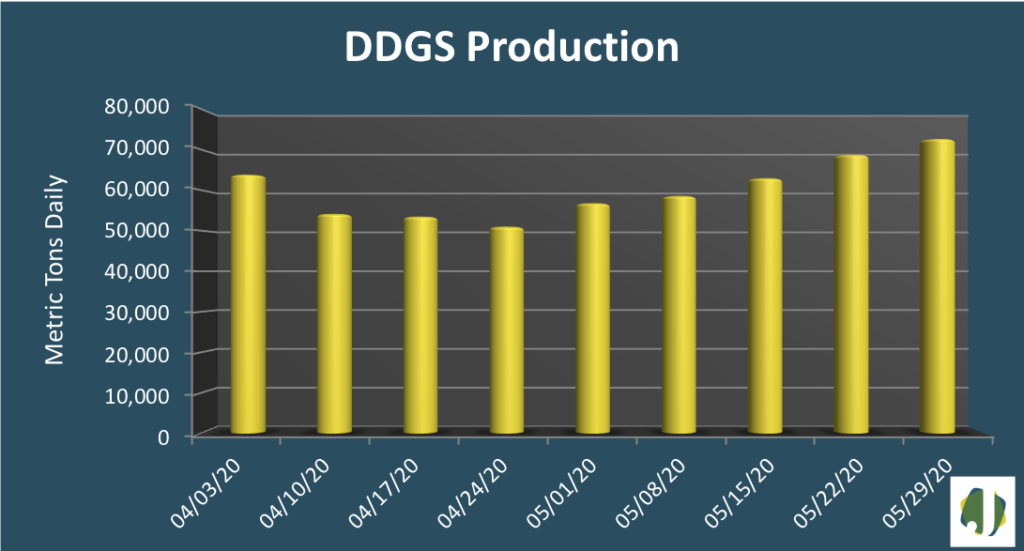 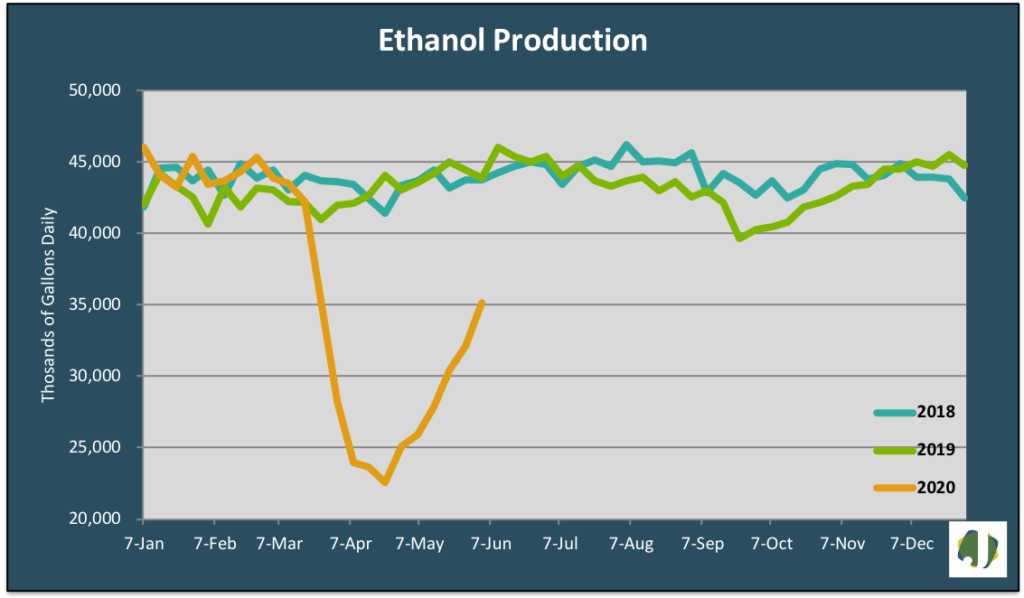 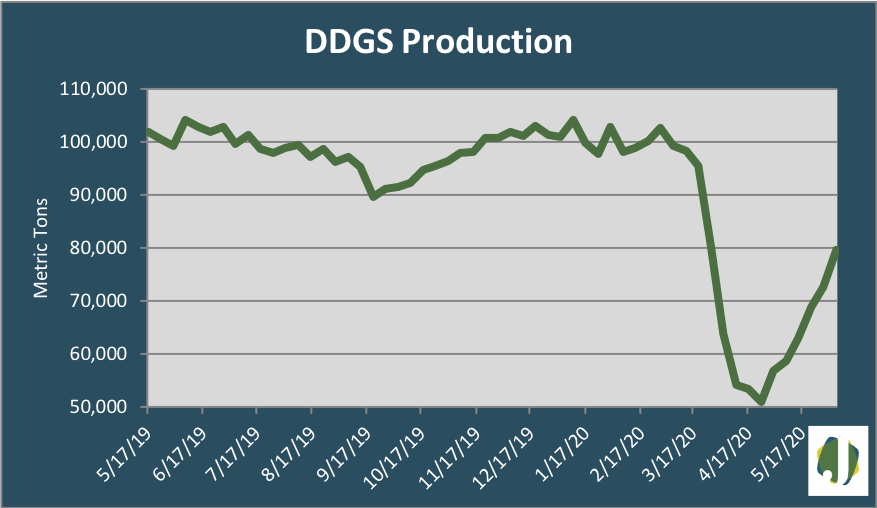 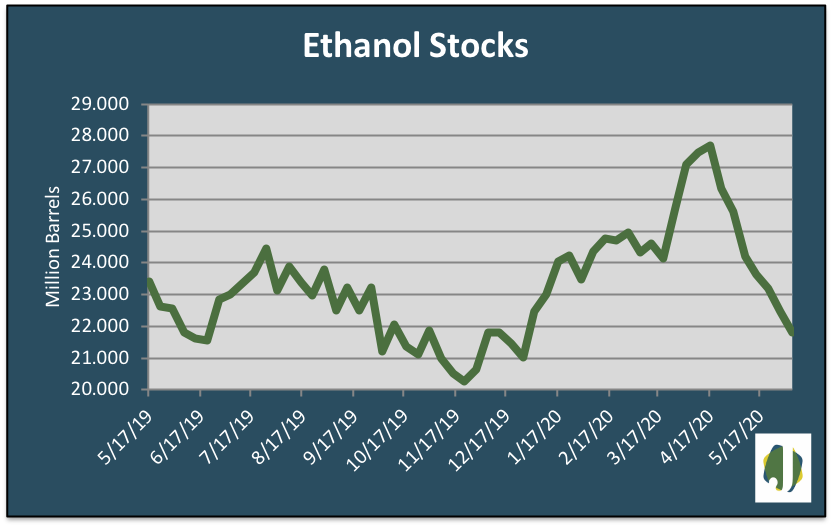